Does AirSoft Hurt? Check Out Our Insightful Tips

As an Amazon Associate I earn from qualifying purchases. 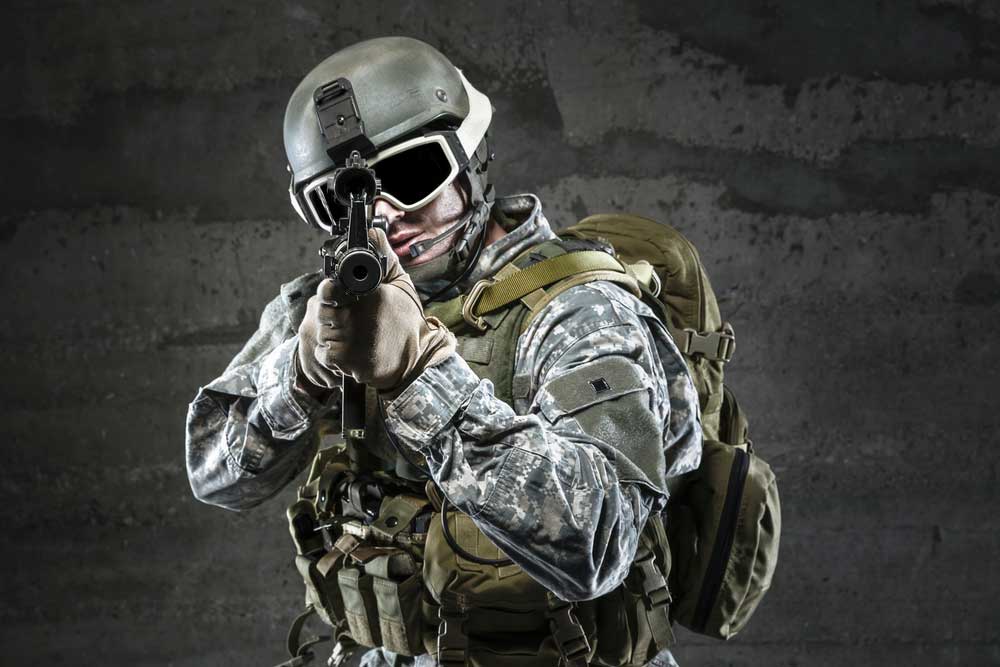 Considering airsoft is all about getting hit with projectiles, it's reasonable to wonder whether or not it's painful if you get hit. If you have experience with paintball, you might already know the pain associated with getting hit, especially when up close.

If you compare both weapons used in paintball and airsoft, they are clearly very similar. For one thing, they both fire at rates a little over 300 FPS. However, it's important to highlight that the projectiles used in these two sports are completely different. Paintball projectiles are considerably bigger and heavier, which is amplified when they are shot out of paintball guns. In comparison, BB projectiles used in airsoft are much lighter and smaller.

More specifically, a single BB projectile is around 0.2g and only has a joule of energy. This is in stark contrast to an average paintball projectile, which usually weighs around 3g and can produce an astonishing 15 joules of energy. Looking at the science, it's very easy to see that getting hit by a BB projectile is many magnitudes less painful than projectiles used in paintball.

Although the data shows that BB projectiles are much less painful, it doesn't mean there will be no pain at all. These projectiles will likely hurt a little bit if you don't wear the proper protection. Also, don't forget that there are many different airsoft guns, with larger ones potentially causing more pain. 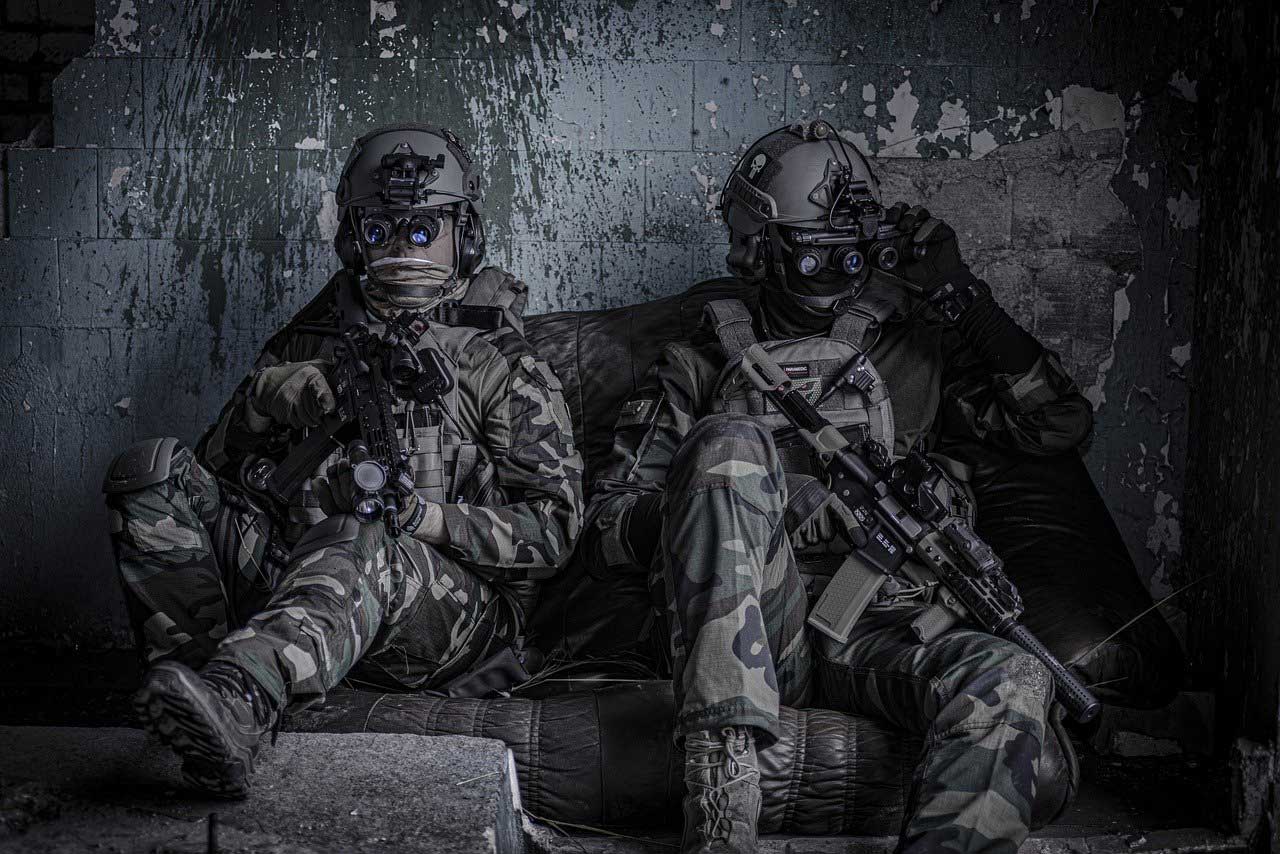 How Does Getting Hit Feel?

Put simply, getting hit is similar to a light pinch. However, it's important to remember that pain will vary depending on the protection you're wearing, where you got hit, as well as the gun used. For the most part, your clothing will absorb most of the energy of the projectile.

As a general rule of thumb, areas of your body that are not covered in muscle or fat are most vulnerable. If you get hit in areas like the bony part of your elbow, it will hurt a lot more than getting hit in the fleshy part of your thigh.

Don't forget the Bang Rule, which is to avoid getting hit at a close range. The greater the distance you keep between yourself and the shooter, the less the projectile will hurt. Either way, you should never forget to wear goggles, a mask, and other important gear!

Can Projectiles Break Your Skin?

There's no simple way to answer this question.

Your average BB projectile won't have enough force to pierce the skin. However, if you get shot at an unusually close range, and also get hit in a vulnerable part of your body, you'll probably end up with a small cut. Small cuts from an airsoft projectile heal very quickly and won't require any attention from a doctor. 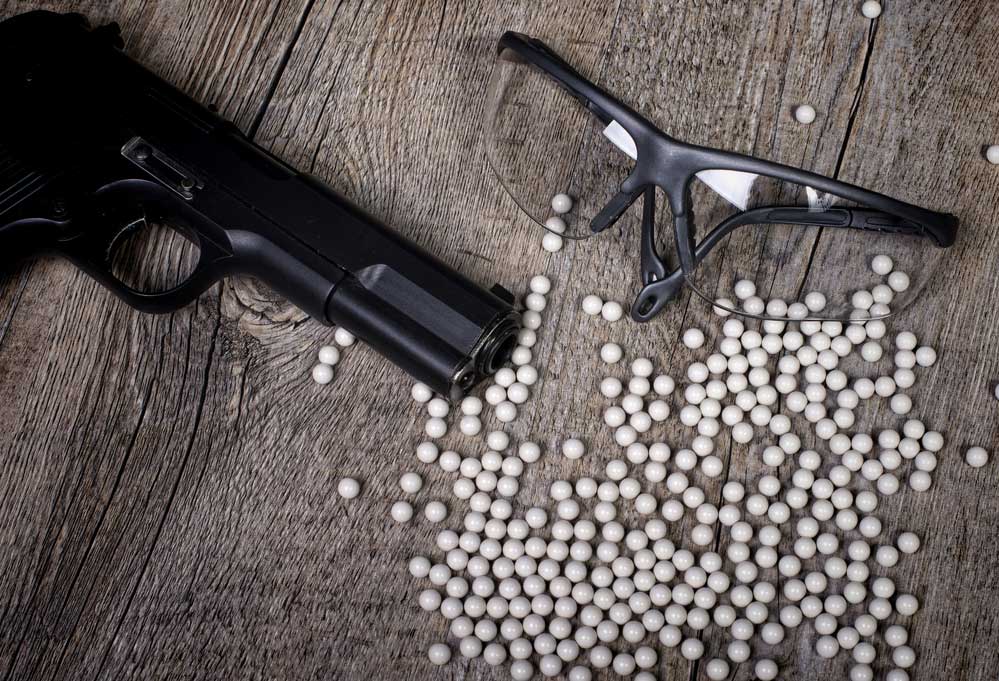 General Relationship Between Pain and FPS (not including proper safety wear):

Around 300 with projectile less than 0.3g: If shot within 50 feet, there will be slight bruising and pain;

Around 350 and closer than 45 feet: Moderate pain and there will likely be a bruise;

Around 400: Strong pain as long as over 30 feet away, leaving a bruise the size of a small cookie;

Around 500: If closer than 40 feet, excruciating pain, with the projectile causing damage to bones and surrounding tissue;

Over 500: Even safety gear cannot withstand this level of force, extreme pain;

Although the higher FPS levels seem dangerous, don't forget that most indoor airsoft matches have FPS capped at around 350, sometimes 400. Powerful airsoft guns are usually banned from regular matches as well. Don't neglect the essential nature of safety gear, as even a shot at 300FPS will crack your skin without adequate protection.

Nobody wants to go to college or work with a bruise the size of a golfball and teeth that look like a broken piano.

Obviously, you want to avoid the above situation at all costs when playing airsoft. Luckily, you can easily protect yourself from all minor injuries through basic safety gear. Even better, proper airsoft grounds won't let you play without wearing the right safety equipment, like headgear.

Most of the time, the greatest dangers are present during amateur matches between your buddies. In situations like these, it's crucial that you understand the risks associated with airsoft and how you can wear safety gear to minimize these hazards.

Headgear – Your head is particularly vulnerable, so it's essential you protect both the front and back of your head. Interestingly, you can easily attach useful gadgets to your headgear like a torch.

Facemask – There are many variations of facemasks, some that cover all of your face, while others only cover specific areas. These facemasks are important when protecting your nose, teeth, and eyes. Remember, if you use a facemask that doesn't cover your entire face, you are leaving areas vulnerable.

Mittens – Lots of fantastic mittens are available that protect your fingers and hands. Even better, many high-quality designs actually make it easier to pull the trigger, improving your effectiveness during a game of airsoft. Many people also think that some designs look incredibly cool when worn during a match.

Protective Vest – There's nothing worse than a large bruise on your back or chest. Vests, when worn with a chest plate and thick clothing, provide maximum protection against bruising. Vests also serve a practical purpose as you can use it to hold accessories and gadgets.

Durable Footwear – Footwear that is durable and thick, such as combat boots, are great at protecting highly vulnerable areas like your ankle and Achilles tendon. Durable shoes are also perfect for playing in rainy or snowy environments. A high-quality pair of boots can last you years, which is why they are so highly recommended for airsoft. 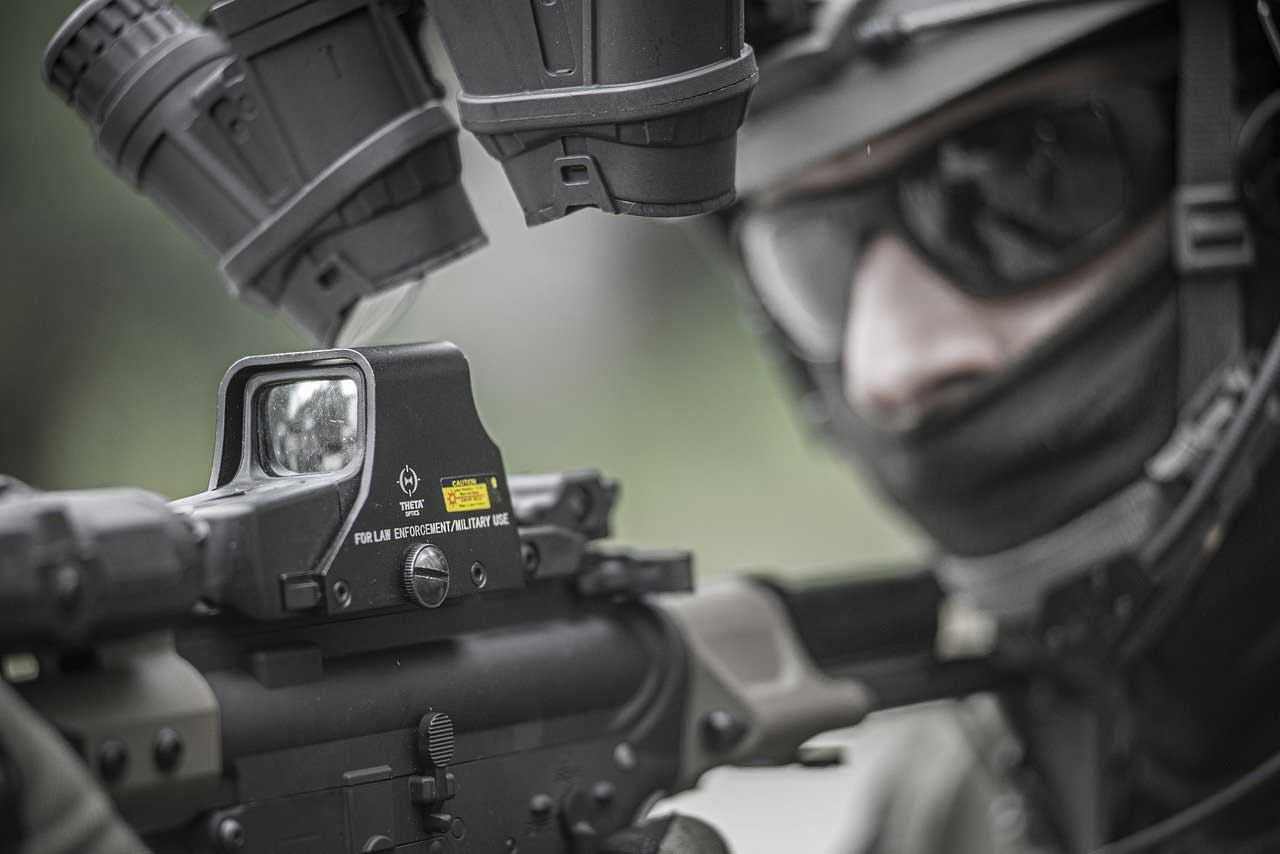 Any game of airsoft comes with risks and hazards, it's just the nature of the game. When there are BB projectiles flying everywhere, there's a chance you might get hit! But, if you properly implement all of the right safety advice, the worst you'll experience is a touch of bruising. If you wear the right safety equipment, you should feel confident that you and your friends will have lots of fun playing airsoft, with no worries regarding getting injured.

At the very least, if you do get hit with a particularly nasty BB projectile, the bruise it leaves behind can serve as a basis for an amazing story you can tell all your friends. Lots of avid airsoft players bond with each other by talking about the various bruises and cuts they've experienced.